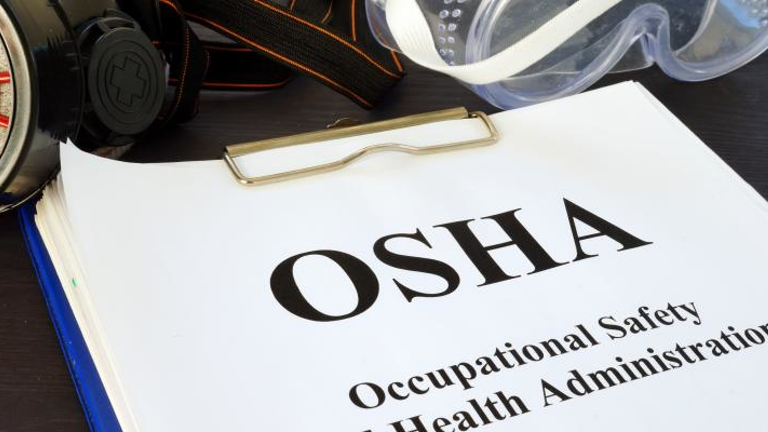 The United States have planned Occupational Safety and Health Plans for workplace safety and health programs for both the private and government sector. These OSHA-approved state plans are daily monitored for effective implementation. There are different categories of OSHA penalties to protect laborer rights and to prevent work-related injuries and death. OSHA inspects different construction companies that do not implement safety measures and penalizes them with heavy fines. OSHA has been active in 2019 and imposed serious heavy fines to 10 construction companies.

OSHA imposed a heavy fine of $1.326 million to the company because it was intentionally exposing its workers to extreme temperature and atmosphere. The firm has a business of metal heat treatment and the workers have been working in confined spaces facing different types of hazards including electrical, mechanical, and thermal hazards. The company did not provide any protective equipment and hazard awareness training to its employees. Dowa THT America committed 32 willful and 3 serious violations during the year 2019. The company did not assess the workplace hazards including respiratory protection, machine guarding, and chemical exposure. All these hazards posed serious life-threatening illnesses to the workers.

The company was fined $898,692 after receiving multiple complaints from the employees of various stores regarding:

Different employees from three stores registered their complaints regarding improper box stacking and blocked aisles. One or more employees were injured at different stores due to passage blockage. OSHA imposed eight repeat and three serious violations including the above-mentioned hazards. This food manufacturing company exposed workers to different hazards and heavy machinery. The Choice Products was found guilty of these charges when a follow-up inspection was done. The company failed to implement safety measures that resulted in seven serious, six willful, one repeated and three other-than-serious violations.

The company was inspected 12 times during the past four years. Therefore, OSHA did a planned inspection in a glass factory and found that the company exposed its employees to electrical safety hazards. The employer did not evaluate the workplace and confined places and did not only train the employees about the safety measures and tag out procedures. The company was also found guilty of many other hazards including:

Keeping in view above hazards, the company was cited for 13 serious, one other-than-serious and 9 repeat violations. The inspector observed some serious failures of this homebuilder to use machine guarding as well as provisioning of fall protection to its employees. The company was cited for 21 serious, three other-than-serious, and 8 willful violations. According to the OSHA area director, the employer exposed its workers to safety and health hazards and did not ensure safety measures for machine operations. All these hazards led to the penalty of $687,650 to Champion Modular Inc.

A major accident of one of its employees triggered the OSHA inspection. A worker fatality happened when the employees of the firm were working on the renovation on a 1.5 million gallon storage tank placed 40-feet above the grounds. This accident led to a major citation in seven serious, three other-than-serious, and three willful violations. The company was penalized a fine of $687,619 for hazards including:

In addition to the hazards including fall protection, guarded equipment, and other control hazardous energy, the meatpacking facility was operating an ammonia refrigeration unit that contained more than 10,000 pounds of anhydrous ammonia. The company paid a heavy fine of $615,640 due to major citations in 10 serious and 4 willful violations.

OSHA performed three different types of inspections including referral, planned, and program-related. All three inspections led to the similar observations of fall protection hazard. The inspectors observed that the employees were working without any fall protection, equipment, and ladder at different sites. Since the firm did not comply with the safety, protection, and health regulation, so it had to pay a heavy fine of $603,850. The company was cited for five serious, six repeat, one other-than-serious, and five willful violations.

Multiple complaints and referrals triggered the inspection of this oil and gas product manufacturer. The company did not enforce machine guarding and other protections even after a worker was severely injured on-site in 2014. The company failed to assess potential hazards and did not make any required correction. The company had to pay a heavy fine of $530,392 with citations in four willful violations. The company paid two heavy fines for two different projects. One of the fines was for the violations on a project in Portland worth $1,116,476 and the other $676,250 for the project in Old Beach, Maine. One of the employees fell from 20 feet in Dec 2018 while working on the Portland project. There was no fall protection and proper ladder use. All these hazards led to the unfortunate worker fatality incident. OSHA issued three serious, 13 willful and one repeat violation related to fall protection.

It can be concluded from the above cases that the majority of the violations were caused due to the fall protection hazards. This is one of the major reasons of heavy fine imposition by OSHA during the year 2019. The companies also face criminal charges due to the death of their employees on site. OSHA is trying hard to ensure the implementation of falls, health, and safety protection. They are imposing heavy fines and violations to the companies who fail to adhere to the protection guidelines and rules.