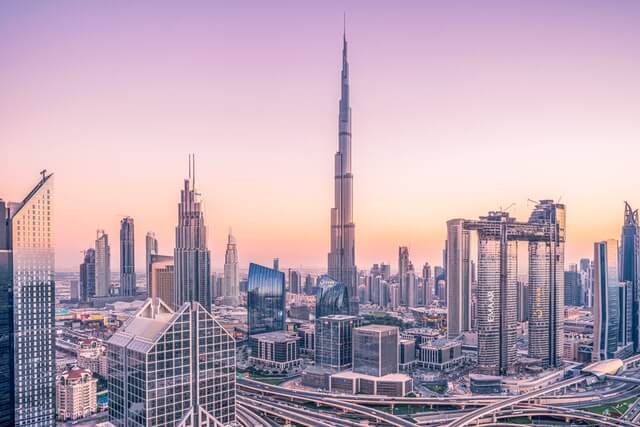 We often determine the building’s size according to the heights but there’s another way which can be done with the help of Square Footage Calculator. What’s amazing is that if we take a look at the largest building by the square foot, then the renowned skyscraper Burj Khalifa won’t be on top of the list anymore. It’s like looking at the architecture from a whole new perspective as the list of the largest building will be altered.

Everyone talks about the world’s largest building by height but in this article, we will be taking a look at those who have made it to the list of the largest building by square footage. Plus, you might be wondering how it is possible to measure such huge buildings but with the help of Square Footage Calculator it is very easy to do as all you need is to enter the correct data of each space and it will provide you with the correct square footage of the building.

So, without any further ado, let’s get started:

It is said that this building is so huge that it cannot be covered in a single snap. As the name suggests, it is the place where the biggest aircraft Boeings 767, 777, 747, and 787 Dreamliner are manufactured. It consists of several huge warehouses that are immense enough to fit several parts of aircraft inside. In addition to that, this building is big enough that multiple projects are commenced at the same time while thousands of people are employed.

The Boeing factory is located in Washington, US and it has been made to the list of the largest building in the world by square footage which is a total of 4,300,000. It can be tough to measure the accurate size of huge buildings like Boeing Everett Factory but the online Square Footage Calculator contributes a lot.

The new century global complex is the top largest building in terms of square footage. It is situated in China and home to universities, hotels, water parks, artificial beaches, movie theatres, a skating rink, and many other amusing activities. It is said that this building is thrice the size of the American Pentagon and took the Chinese company Entertainment and Travel Group (ETG) a total of 3 years to build it.

It was opened in 2013 and since that, it has become a well-known tourist attraction for its exciting range of amenities and activities. This building covers a total of 18.9 million sq. ft. while the artificial beach alone covers 5000 sq. ft. You can also check out the correct size of any property with the help of the Square Footage Calculator.

The UAE is widely known for its state-of-the-art skyscrapers. There are several spectacular towers like Burj Al-Khalifa, Burj Al Arab, Emirates Tower, Jumeirah Towers, and many others that are acclaimed widely for their unique infrastructure. The same goes for the Dubai International Airport Terminal 3 which has made the record for being the third-largest building with a total area of 18.3 million square feet.

It cost the Emirati government total of $4.5 billion which resulted in an exceptional airport that is especially known for its luxurious environment. Plus, the baggage system that is used in this terminal is the largest in the world. Another fascinating feature of this airport is that it has an underground metro system which is known as Dubai Metro. It actually assists the passengers to travel right from the airport.

Speaking of luxurious casinos, The Palazzo comes on top of the list for its unmatched amenities and high-end ambiance. It was opened in 2009 and within a quick span of time, it became one of the fastest-growing hotels and casinos in the world. It covers a total of 6.9 million square feet which makes it one of the largest buildings in terms of square footage.

The palazzo has won several international awards and become an epitome of luxury. It is 50 stories tall and the casino alone itself is listed as one of the largest ones in the world with 138,000 square feet. So, considering its overall measurement with Square Footage Calculator, it is said to be the largest casino and hotel.

Situated in Thailand, CentralWorld or formerly known as World Trade Centre is a famous shopping plaza complex that is known all around for being the 11th largest shopping complex in the world. It actually consists of a hotel, restaurant, brands outlets, shrines, and office towers.

With a lot of exciting activities and luxurious hotels, it has become a famous tourist attraction in Thailand. Additionally, it covers a total of 16.9 million square footage making it the 4th largest building on the list.