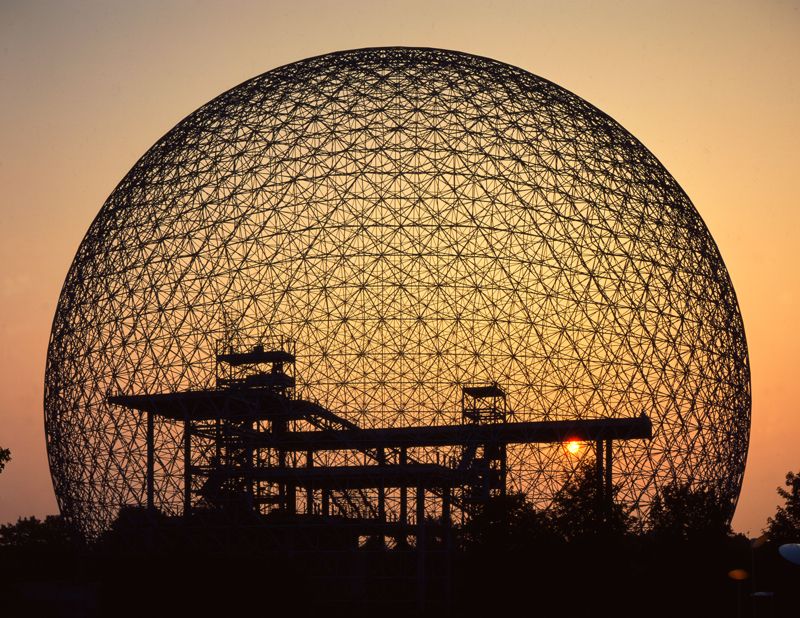 Buckminster Fuller re-defined the architectural structures by applying basic yet integral geometry concepts to improve houses and shelters for humans. The basic ideology was to create cost-effective and efficient homes and shelters in minimal time. Not only that, the comfort of the dwellers is the priority behind this state-of-the-art Geodesic housing concept. In the early 20th century, Buckminster Fuller made an effort to implement the groundbreaking idea of Geodesic homes. So, what is the entire motivation of creating half-spherical structures and how are they effective and practical? Let us find out then.

Before we discuss the Geodesic homes, we must know about its designer. What made Buckminster Fuller think about re-designing the contemporary houses? Born in 1895 in Massachusetts, Buckminster joined Harvard University in 1913. However, he dropped out of the university, as he was not able to compete and fulfil academic responsibility. Yes, he is the same person who will then make a mark in the architectural world with his brainchild geodesic domes. He joined U.S. Naval Reserve and volunteered to patrol at the coast of Maine.

Buckminster Fuller struggled throughout his early career life about financial stability. He was poor and unemployed and that severely affected his family life. That was the turning point in his life when he realized that he should do something to make this world a better place to live in. He mustered up the courage to choose the less travelled path to create a difference in this world. His mission was to design affordable accommodation for single families. The idea was to create inexpensive and lightweight homes. His first project was the design of Dymaxion houses. After that, there was no turning back for Bucky and he spent his next fifty years as an inventor and designer. He became successful in providing affordable housing in the form of Geodesic homes which is considered to be his greatest invention. Buckminster has done numerous jobs in various departments including engineering, mapmaking, and designing, etc. To summarize his profession, it is best to call him a “Futuristic comprehensive design scientist”. He combined the laws of science in designing to address the housing problem faced by the majority of the middle-class population in the United States.

His designs were not time-dependent but ultramodern to solve the accommodation issues for good. He used designing and data for a greater cause to save the resources on earth. He realized that natural resources including metal, coal, water, and wood are becoming scarce day-by-day. He proposed that new ways to preserve natural resources could be used effectively with proper planning and prediction modeling, and science. He employed natural laws and systems to create houses with the least number of available resources. He created designs keeping in view the trees and humans that have a central backbone and stem to support an entire accommodation facility. The United States faced a dire shortage of houses in 1944. Buckminster Fuller designed prototype house for single families. The ideology of Geodesic homes Fuller applied his research to create Geodesic homes using triangular structures. Let us move to the next step of spherical dome design. We all are aware of the fact that the sphere encloses the largest interior volume as compared to any other shape. Additionally, a spherical dome allows the air circulation without any hindrance. The spherical shape regulates the temperature on its own. As the structure is developed using interconnected lines, so material quantity and cost is ultimately reduced.

It is interesting to note that Fuller himself used to live in his dome home from 1959 to 1970 while he was a research professor at Southern Illinois University, Carbondale. Fuller’s patent idea of a geodesic home also paved the way for a breakthrough discovery in the field of Chemistry. The spherical carbon-60 molecule was discovered during the 1980s that has an uncanny resemblance to the geodesic design proposed by Fuller. This carbon molecule was named “Buckminsterfullerene” or Buckyballs to give due respect to the Fuller’s efforts to propose geodesic structures.

Buckminster Fuller’s revolutionary architectural concepts have a diverse implementation in different fields including design, city planning, and crafts. He completely changed the concept of modern housing and the effective use of natural resources. He has been successful in addressing the housing solution with a one-for-all and all-for-one geodesic design. The majority of the geodesic homes for single families can be built within a day. There are some megastructures as well with complex geodesic glass domes to add to the interior beauty.  Fuller patent design is used in various architectural forms to construct houses, shelters, shopping malls, theatres, and galleries, etc.